A downloadable game for Windows

In The Forest Spirit, you play as Merra, a Forest Guardian with Magical Powers and Abilities. As the last protector of the forest, it's up to you to cleanse a dark corruption that is spreading throughout your home in the Mystic Valley, before it consumes the foliage and fauna, and brings the end of your home as you know it...

Note: If downloading the .zip file from your browser, you need to follow these steps:

5. If your PC detects this .exe as a suspicious file, click 'More Info' and then 'run anyway'.

(This file has already been scanned for viruses) For more info, click here

Good game. It has some potential. Congrats.

I played again, and got further.
But I still got stuck on the final door.
I had 4 crystals, but couldn't find a 5th crystal.

sorry to hear, it could be the crystals were inside the walls when the enemies were killed, I will make sure the colliders are there so it can easily be spotted

Ah, right, I didn't realize the crystals came out of the enemies.

One enemy was in the wall there, so your fix would make sense.

I got stuck on the first puzzle again.  I couldn't find a third Crystal.  This was very frustrating!

Apart from that, it's looking good!

Did a play thru.  This build seems to be broken.

thanks mate, I will run it through the team later

I did a VIDEO PLAYTHRU with my thoughts as I played through.  Hope it's useful!

I played it many times over, definitely not trying to speedrun it or anything.

The crystal key hitbox is infuriatingly bizarre, 90% of my resets were because of them not being picked up.

The visual theme of the game so far seems good, I like the overall look of it, but lighting could be improved a little more. Not necessarily make it brighter perse, but make the dark areas less black.

The environment is walled off in odd ways, invisible barriers make exploration impossible, which I suppose it intentional with a linear style game, but cmon man let me look around and not be blocked by something that isn't even there.

The movement of the player character is responsive and good, just wish it didn't feel like I was on the moon as much.

Boss fight is... tragic. You just stand there and hold left click until its dead. The generic enemies are also somewhat mediocre, but it feels more like they're just very basic enemies put there so theres something to shoot at moreso than what the actual enemies would be like.

The concept of puzzle being used is very open. I'm not sure I'd call collecting keys and trying to nail targets in a timed event puzzles. If you want to actually market it as a puzzle game, perhaps making use of the player's wall for puzzles would be a good option? Currently it serves no real purpose.

Overall, a decent prototype for what the game could become, but even as a proof of concept it needs some baseline work to properly convey what it is you intend to make.

Thank you, your feedback is really appreiciated! :)

Looks promising!  I enjoyed the overall vibe.  Nice one.

Thanks for the time and feedback.
We had some big hiccups along the road, we apologize that you didn't have fun with the combat and puzzles much.

If we managed to have more time and less hiccups, we would make the puzzles and combat a better experience for you. 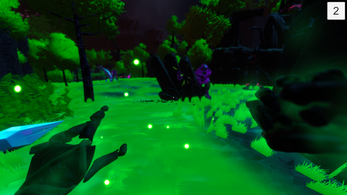 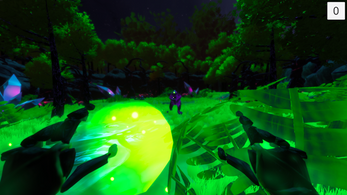 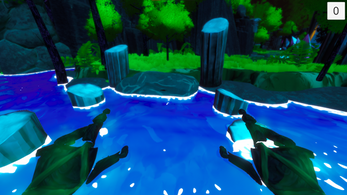 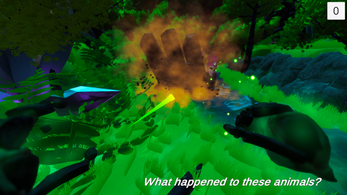 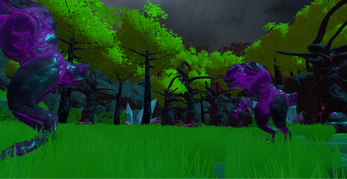