A downloadable game for Windows

Short pitch
Into the darkness is a short free first-person shooter game with horror elements. Find out the mysterious disappearances of civilians and hunt down those responsible in an old, mysterious, haunted, and abandoned village.

Full description
About 128 travelers have mysteriously vanished from an old forgotten and unnamed village somewhere in eastern Europe. You have been hired as a brave mercenary to find out about the mysterious disappearances of civilians and hunt down those responsible for the disappearances.

On your journey to the old village, you found an old rare flintlock pistol capable of firing shots each trigger pull and an old double-barreled shotgun that somehow still works and is extremely effective up close and personal. Despite already armed with an extremely accurate deadly assault rifle, you take those two weapons in order to increase the chances of survival and proceed on your mission, praying to return alive once completed the mission.

This is a short game designed by me to test fps mechanics I programmed such as ammo pickups, enemy AI that spots and attacks you on sight, torch use, and level design to make the village as Belavable and creepy as possible.

There is one easter egg in this game that references one of my characters from my previous games on my itch.io page, so good hunting!

Controls
WASD: move
Shift: sprint
G: turn on the flashlight (you only got a certain amount of battery, use it wisely!).
LMB: Shoot weapon.
Scroll mouse wheel: next or previous weapon.

Into the Darkness Credits

Original [Blank] model Easter egg from the [blank] game. Go find it!
Shotgun shells and pistol bullets are made by pro builder.
Level designed and sculpted with unity's terrain tool.
Programmed by Adam House (except player rigid body controller which is by Unity technologies)

Can't wait for the next project.

Not to harp on, but if you WERE to find a little smidgen of time to improve this game in just a few small (but hopefully effective) ways (so that anyone who downloads it can enjoy it much much more), I'd recommend these quick tweaks.  :D

- Place a battery pickup at the first town gate entryway, somewhere in the light so the player sees it before they pick it up (even if their torch is off).

- Place a few more ammo pickups around the place, to give a bit more ammo than there is now.

- Put some obstacle objects in the way of any alleyways that the player can't move down, to make it clear they're blocked off.

And if you were feeling really extravagent, I'd highly suggest...

When the game first starts up, you could have a single text block that appears onscreen for 6 seconds or so, then disappears.  It says:

- "Mousewheel" to cycle through weapons

I will think about that, thank you

My feedback and thoughts inside...

FLASHLIGHT
- Couldn't figure out how to turn on Flashlight. Discovered it was the "G" key only by going to the website again. Should be "F" in my opinion. Might be nice to show help text at start of game for a while. "Press F to toggle Flashlight", and "Use mouse wheel to cycle through weapons."

- The actual position and angle of the flashlight seems a bit weird. Could maybe be pulled back closer to player, and be a bit wider?

- Could give pickups a small light over each pickup, so you can see them in the dark.

- OR... give the player more BATTERY pickups, placed in areas with a bit of light, so the player can find batteries more often, so they can use the torch, to then find other pickups.

- Ammo Counter in top right should be a bit bigger, and moved in from the corner a bit, and have ICON for ammo type next to it. (So player learns which ammor is for which gun).

- Would be nice if there were some health pickups in the level, maybe? I don't believe there are any.

- I'd suggest adding a FEW more pickups for everything, in generally, to make it a bit easier. (If there ARE more pickups already, and I'm just not finding them, then perhaps the other suggestions above will solve the issues (having more batteries, or making pickups more visible with a light on them).

- Don't let the user pick up a pickup if they already have full ammo for that weapon.

- You could try having more batteries. And have a small LIGHT or EMISSIVE material on batteries, so players can find them, even in the dark. (Could be subtle, but at least something!)

- If you definitely don't want any lights over pickups, at least put some more batteries in, and place them in places with a bit of light in the area, so players can grab batteries. That would help a lot with everything else, because at least the player will be able to see, and therefore track down ammo.

- Make sure you make it obvious whether you can move into an alleyway or not. There are several alleys that look enterable, but you can't. Make sure you put obstacles here so it's obvious you can't go in there.

- Need RELOAD SOUND that is edited to be the length of the reload timer. Player needs to know exactly when they can fire again, and how long it's going to take. An accurately timed reload sound would be the easiest way to do that.

- Player currently has no health indicator. Don't know how much health I have left.

- They all say "Hello". It'd be much better if they had 4 - 8 different sounds to choose from.

Thank you for your time and feedback!

I didn't make the pickups lit because I thought it would be interesting for the player to search in the dark while having a limited battery.

The flashlight does need to be adjusted and be pressed on a different button rather than G, yes. The reason why G was chosen was that when I tried to code it to be F is because it caused issues. However on another project I managed to get F as a key for flashlight.

The enemies do stop chasing you if you are far.

The weapons have different fire types, the flintlock (pistol) fires every time you click, and the assault rifle and shogun require you to hold the key to fire.

I could implement these changes, but I decided to let it go, and move on. I am already working on future projects and a similar game that has some of these issues resolved.

Your feedback is always appreciated, I learned a lot from you :) !!

Details of the new horror game are coming soon. But will be a short free game with more accessibility than this game.

oh btw, a easter egg of your favorite character of one of my games was waiting to see you in the prison (town area). You missed him hahaha

Alright, I realised I never tried to change weapons, as I'd assumed I just had 1 gun to start with.   I played again and realised there are 3 guns!  Some more playtesting thoughts here.  :)

Glad you got back into the game haha. As I mentioned in my port mortem, I was aware the "hello" was a bit repetitive, but again I didn't want to take too much time since it was an experimental project.

Thanks for testing again haha

Looking forward to your next experiment.

Nice! just to be aware, most of my "experiments" don't always go on itch.io. I usually post my experiments on my linked-in page, however, if there is one experiment apart from my future projects that is made to be playable with a full gameplay loop, then yes it goes on my itch.io page

I had fun checking this out, Adam!
I think you could definitely keep tweaking and finessing this.
I'd play again for sure!
Here's a little video I made with some thoughts.  :D

I think I turned down the audio a bit too far, so you can't really hear the game properly.  Oops.

It could be quite cool to have some looping ambient AUDIO at a few key locations around the map, so that even when the player is in the darkness, and a bit lost, they can use the audio they can hear off in the distance as a sort of "approximate compass" to find their way to the Graveyard, for example.

This could even just be simple things like, one location has frogs croacking there, one location has an owl hooting occasionally, there some wind blowing up on the hilltop.  And the player can start to use these as (an almost subconscious) way to orient themselves around the world.

You should rename the EXE to "Into the Darkness", as it's a fairly cool name, better than "zombie.exe".  :)

Thanks for the feedback! I wasn't intentionally trying to make the game difficult. You forget to scroll the wheel because you have 2 other weapons since the page hinted you have 3 weapons ( I forgot the players don't always bother to read the store page before playing the game, lol).

Yes, there are some spelling errors I got. I did some optimizing after launch to reduce unused files. So I can tweak up the grammar and put into a little more light posts and slow down the battery dim to make things a little easier to move around (I forget players get curious and look around easily).

I could have testers testing the game before launch, but I didn't want to take too much time because I have other experimentation projects to test before moving on to commercial projects (which would require full hands on deck).

The "zombie" was originally going to be a zombie game, but I thought it was generic and overused and decided to use a little more creative freedom to set itself apart from other zombie-like games without taking months to do so.

My grammar is getting better, but I just need more time and effort to maintain it.

new audio may work since I have 1000s of royalty-free stuff that I want to look at and test its potential.

My apologies if your experience was troubled, I am happy to take bits of time to reduce its difficulty.

Good stuff mate.  My comments and thoughts are never "complaints", just feedback impulses while playing that you can contemplate.  :)

It’s a nice project. The movement feels a big sluggish though. I would try and tune up that a bit. I do like the dimishing battery on the flashlight and the overall level design is very well done.

Thanks for your feedback. My apologies if the movement was a bit sluggish, I sure will do some further testing with it so it can be less sluggish next time. I hope you enjoyed the game :) 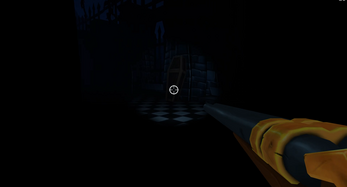 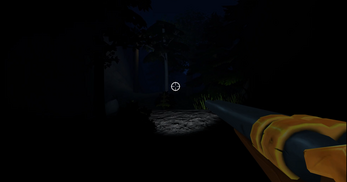 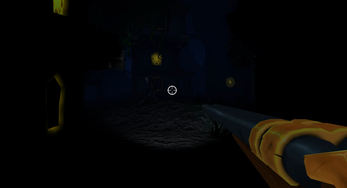 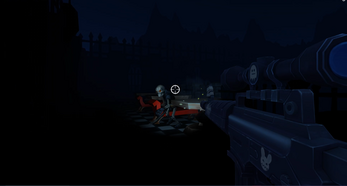 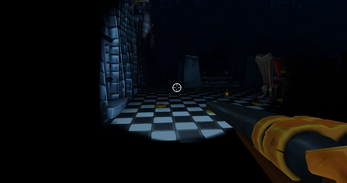 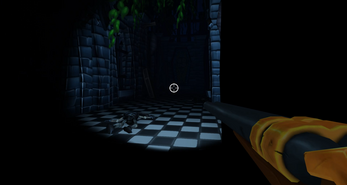 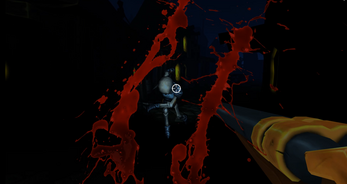 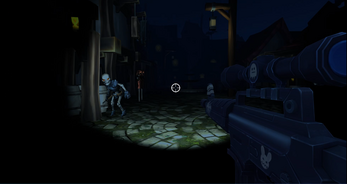 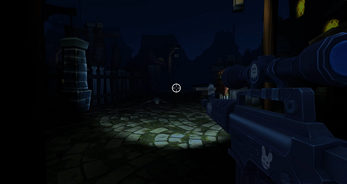 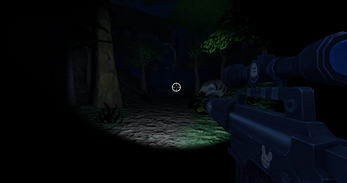 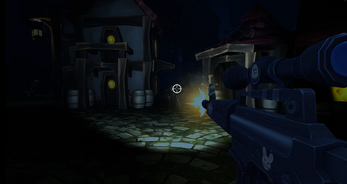 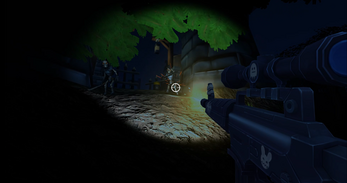 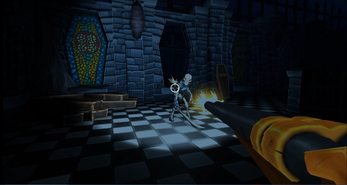 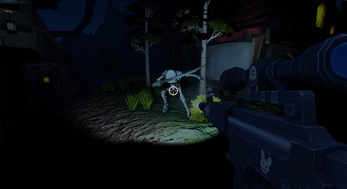